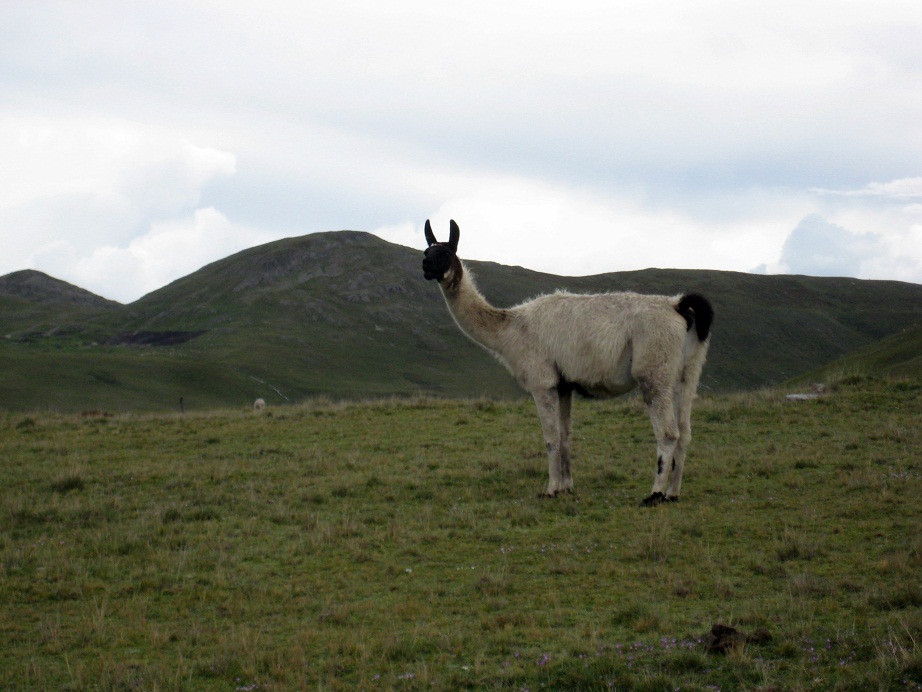 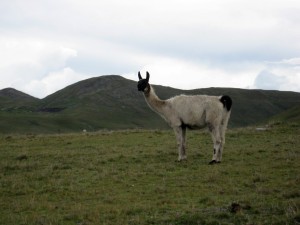 Hmph, look at those horses shivering in the morning chill.  Fancy being up at four thousand metres above sea level and not having a coat to wear, thought Luisa the Llama.  Good thing I’ve got this thick coat of wool on.

It’s nearly light out and the humans will be here soon so I’d better get up and stretch my legs to get ready for the day’s walk.  Look at all these slackers still lying down.

“Come on everyone, the human will be here soon and we can head out for some tasty grass.”

“Oh, just a few more minutes.  It’s not fair,” said a voice from the pile of woolly bodies huddled together.

“Remember the stories of our ancestors?  They had to get up even earlier and carry heavy loads all day.  All we have to do is graze and provide some wool now and then.  Now move it!”

“No, I think we can sleep a little bit longer,” came another sleepy voice.

“That’s what you think!” and she spat in the direction of the second voice.

Geez, I think that was Lola again.  I just spat at her yesterday.  If she keeps challenging my authority, I’m going to have to wrestle her.  “Great, here comes the human.  Now she’s going to shout at us, prod you guys with a stick and the dog is going to bark in your face.”  Lazy llamas.  I’m not getting prodded, I’m getting out of here.

Woah, everyone else is anxious to go today.  I almost stepped on Pepe the pig.

Okay, it looks like everyone is ready now.  There’s the two cows, the four pigs, the six sheep, the two horses and all six llamas.  Oh yeah, and the dog and the human.  I wonder which pasture we’re going to today.

I love the morning walk, thought Luisa.  I wonder what the humans are up to today.  Hey check that one out.  He’s laying out grain on a tarp to dry in the sun.  I wonder what it is.  Looks like quinoa.  Oh, there’s another one spreading corn out.  What are those guys doing?  I think they’re making those little blocks of dirt that they build their houses with.

Ah, we made it past the village so we’re almost there.  Hey, it’s Billy and Barry the bulls working with those humans again.  “Hi guys, how’s work today?”  asked Luisa

“Great,” answered Billy.  This wooden plough we’re pulling is really churning up the dirt today.  If we keep this up, we’ll have half the day off to relax.”

“Cool,” said Luisa.  “We`ll be at the pasture just upstream from here.  See you later.”

Oh the human is sitting down and untying her blanket.  It looks like she`s going to spin wool again today.  Yup, there she goes.  Anyway, I`m starved.  It`s time for breakfast.  Yum, I love the grass here.

“Okay guys, remember that tune from yesterday?  Let’s try it again from the top.”

“Hummm…” began all the llamas in unison.

Wow, the dog is really freaking out this time and running towards something on the road.  What is that? wondered Luisa.  Oh, hey, it’s a couple of humans riding funny looking bicycles.

“Llamas are awesome,” laughed one of them.